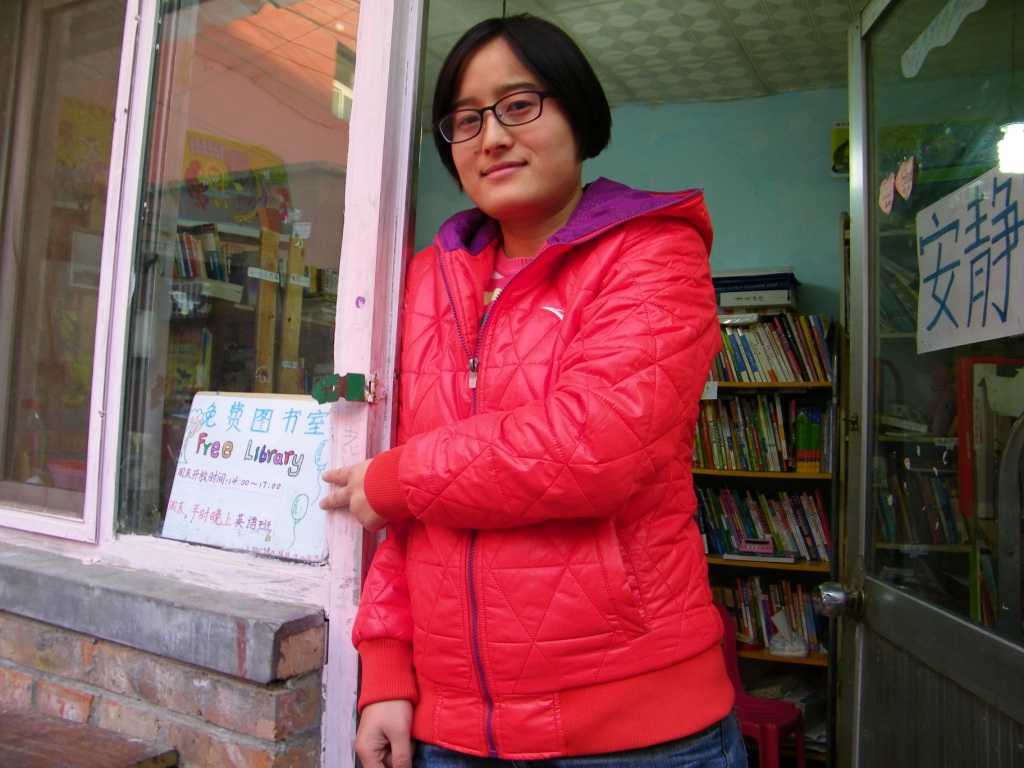 Mao Ju is the founder of the Caochangdi Free Library in northeast Beijing, which was established in October 2010. She now has 130 young students and volunteers, ranging between the ages of one to fourteen. Day to day administration of library affairs is handled by her volunteers and the library also functions as an English and arts training center, with numerous foreign volunteers participating in cultural exchange activities. Her volunteers also teach English to other children and even teach Chinese to local foreign artists. The library occupies a small room in the center of Caochangdi Village, a growing arts community on the periphery of the city. Here is her story.

Your library is titled the Caochangdi “Free” Library. Aren’t most libraries free?

In China, not all public libraries are free. Our library is completely free, which most parents can’t understand. The National Library is free, but it is far away. Many communities do not have libraries.

What did you do before opening the library?

I studied Graphic Design in university and then came to Beijing and worked as a translator for an art gallery in the 798 Art District. In 2009, while I was in Europe, I got a chance to work with some German performance artists. These artists copied the Chinese artists who copied European paintings. They wanted to say that copying works of art is a form of performance art in itself. I felt impressed when I worked with them. They inspired me to lead an interesting life. I also volunteered at an NGO (non government organization), where I taught art and Chinese culture to children.

What led you to pursue a lifestyle that focuses on helping others?

In 2007, I returned to my hometown and found that the water there was very polluted. I created a petition that many people signed and then gave it to the local government. I gave two speeches at local schools. I think the children learned about environmental awareness and the local people wanted to solve the problem too. Nothing happened, but the children asked me many questions and others became more aware of the pollution problem. Then I wanted to focus on helping others.

What motivated you to establish your library?

When I moved here (Caochangdi Village) I saw children playing in the street or watching TV. They didn’t know what to do and were bored. After school and homework, they just played, watched TV or went to internet cafes. At the beginning, I wanted to share the children’s books I had with them. I rented a small room and lot of children came to visit. It actually started as a free English training center, not a library. I got more books as more visitors came. For the first half year, I provided the English training, then some local foreign artists began helping with the classes. I used my own money at the beginning, but now I am supported by an NGO.

How many hours a day do these children attend school?

They get up at 7am and return home at 6pm.

Where are these children from?

Most of them are not from Beijing. Their parents are from different places in China and they run small businesses, such as restaurants or markets, here in Caochangdi. 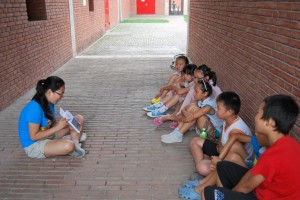 Had these children ever seen a library before? How did they react?

That’s a very good question. Some of my readers had never read books outside of class before coming to Beijing. Their schools had no libraries. They liked coming here and would stay for hours, reading and drawing, until bedtime. At that time, I worried about stepping outside, because then children would see me and ask me to open the library. Then I started to give the library key to children, so they could come whenever they wanted to. I trained some children to manage the books. There are about ten volunteers, who are between the ages of five and thirteen. My youngest volunteer puts the books in order, helps with cleaning, and draws posters.

How many visitors does your library have?

Ten to fifteen students visit the library each weekday. At the beginning, we had at least twenty students who attended free art and English classes on the weekends. Now we have at least fifty every weekend. We’re open every afternoon and evening. 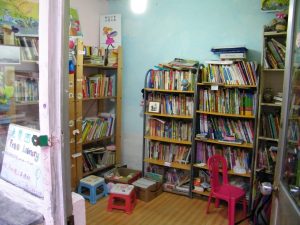 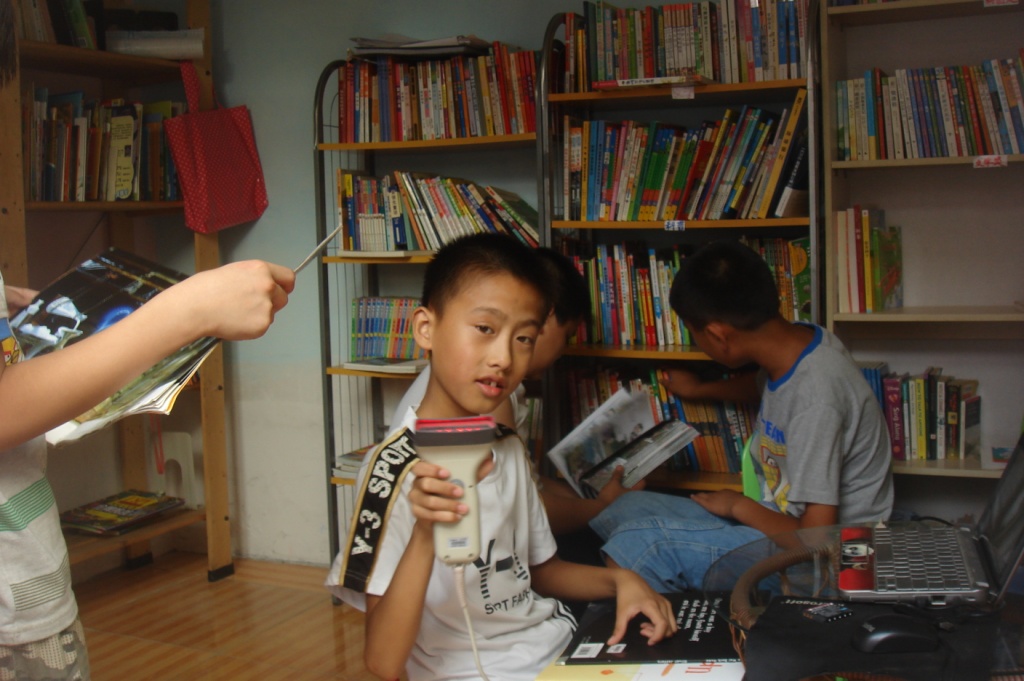 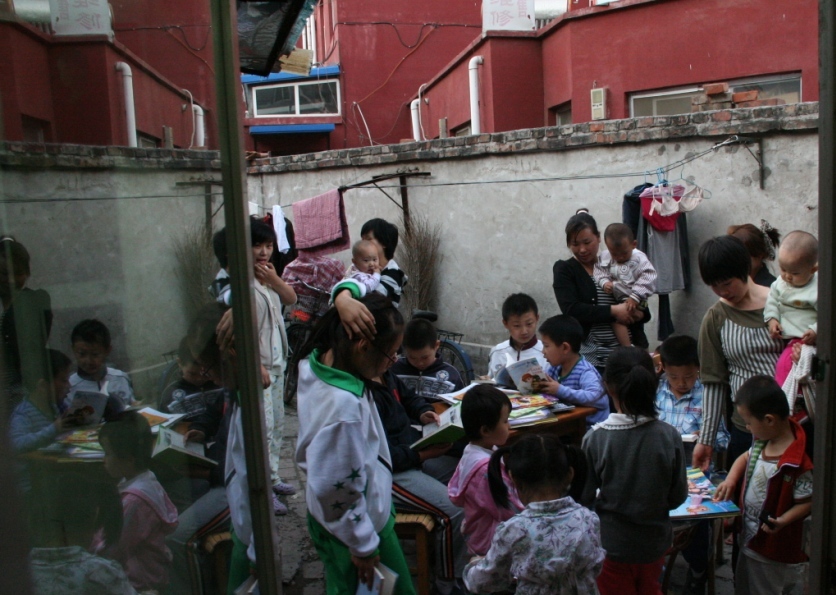 Could you please describe the classes which are offered?

Artists from the local art district come to teach origami, drawing, and tell stories to the children. 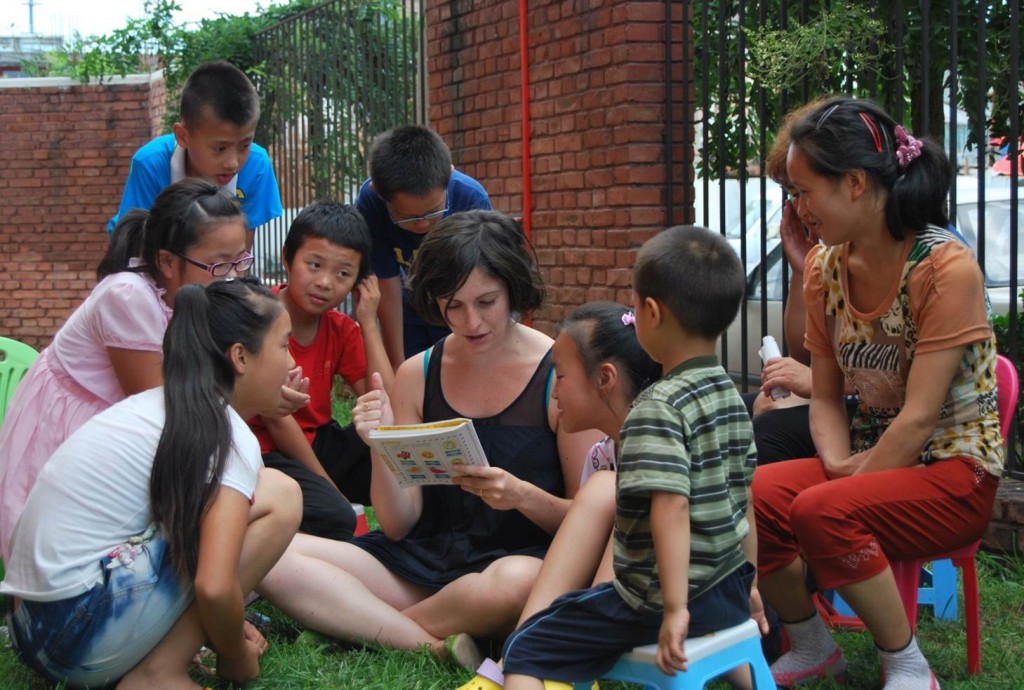 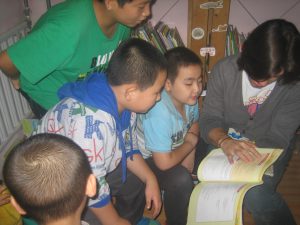 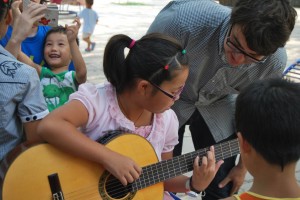 How do your students feel about teaching Chinese?

I think they’re all excited about it.

Which English book is most popular with your readers?

In My Garden, a pop up book. Lots of others. 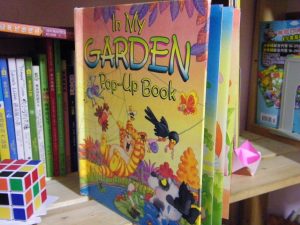 How do their parents feel about your library?

How have your students performed at school?

They always get scores of 100% or at least 90% on their elementary school English exams.

Do any of the parents want their children to become artists?

What’s your biggest problem with the library?

What would you say is the secret of your success?

I think it’s that this library doesn’t belong to me, it belongs to the children. It’s their library. If they want to read the books, they need to help.

There are lots of parents from areas farther away who want free libraries in their communities. We need to train children to manage the books and create mobile libraries. It’s good for children to read and connect with society. 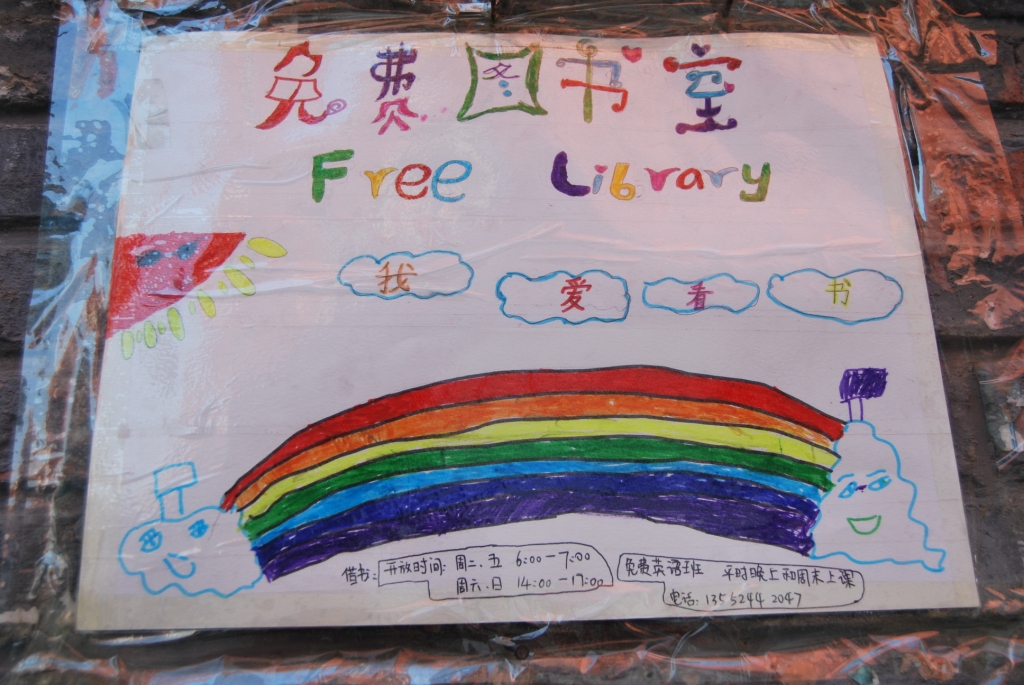