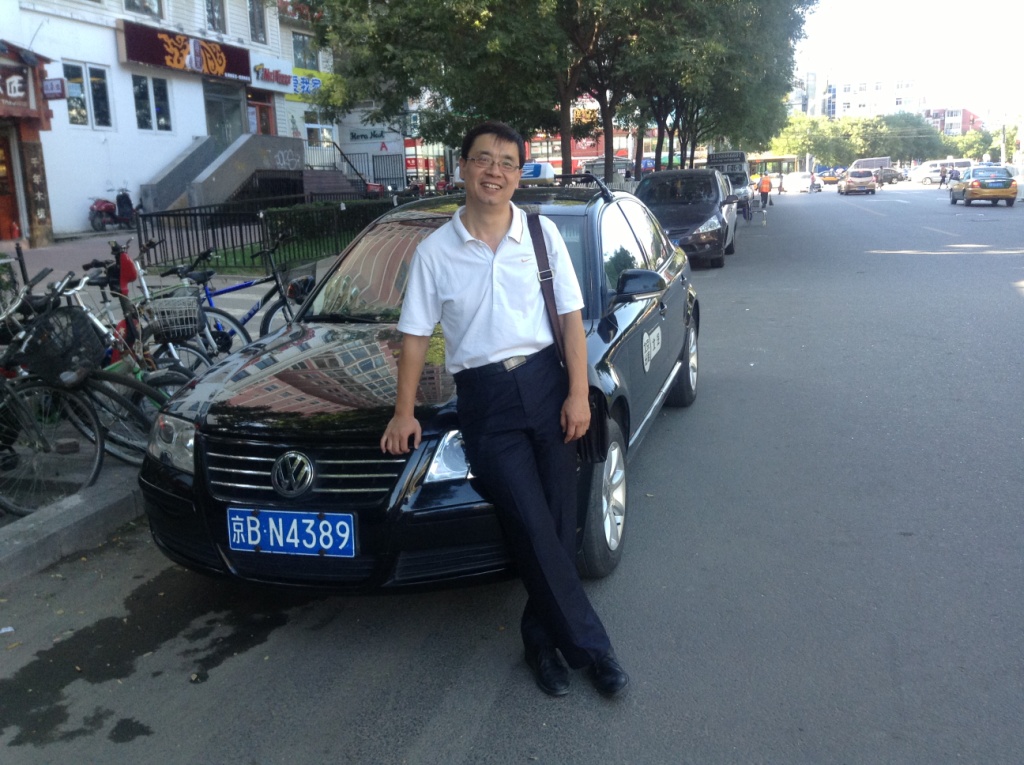 Zhang Jie Yu 张建宇 is a 43 year old taxi driver from Beijing who has worked as a driver his whole adult life, having been interested in cars since he was a child. Here is his life on the road:

What is your solution to heavy traffic in Beijing?

All drivers need to calm down, stay in their traffic lanes, and obey traffic rules. If all drivers followed the rules, the traffic wouldn’t be so bad.

Who owns the taxi that you drive?

Do you mind if I ask how much you earn each month?

Do you receive tips?

Sometimes, foreign passengers will tip me 5 RMB for good service and because I know a little English. The biggest tip I have received is 10 RMB ($1.60).

What happens to phones that are left in your taxi?

One night eight years ago, four phones from four different passengers were left in my taxi in one night. I called each passenger back and returned their phones. Some of them paid the cab fare for me to return their phone, while some did not. Nobody has left their phone in my taxi since.

Because I always remind passengers to check for their valuables before exiting my taxi.

What’s the craziest thing that’s ever happened in your taxi?

I have had passengers crying because of a breakup they just experienced. I try to console them or at least be a good listener.

Have you ever had a belligerent or violent passenger?

No, though I was scammed once ten years ago. Without warning, the passenger announced that we had reached his destination, so I braked hard to stop in time. The passenger then claimed that his body had been thrown forward and his nose had struck the back side of the driver seat. He even had fake blood coming from his nose, which he must have prepared in advance. He demanded 5,000 RMB ($815) as compensation, which I was obliged to pay. Those scammers usually target young, inexperienced taxi drivers.

Have you ever been robbed?

No. Most taxi robberies are committed against female drivers. The assailant uses a metal cord to strangle the driver and then takes their money.

What is the ratio of male to female taxi drivers in Beijing?

What’s your social life like? Do you hang out with other taxi drivers?

Yes, all of my friends are taxi drivers. We play ping pong and badminton near the airport at a special recreation center for cabbies. Sometimes the airport taxi queue is so long that we can turn off our engines and go relax at the recreation center until the queue begins moving forward again.

Have you ever driven a celebrity or other famous person in your taxi?

Never. I have seen Yin Xiangjie 尹相杰 (singer) and Li Qi 李琦 (comedian) on the road, though.

What is your biggest fear?

Fluctuations in the price of fuel. The factors behind price increases are complex and I am unable to do anything about it. I just wish the price wouldn’t rise.

The Chinese government, including president Xi Jinping, has been promoting the “Chinese Dream” lately. What does the Chinese dream mean to you?

I only know my dream.

What is your dream?

To be happy, healthy, energetic, and able to work every day until I retire at age 60. 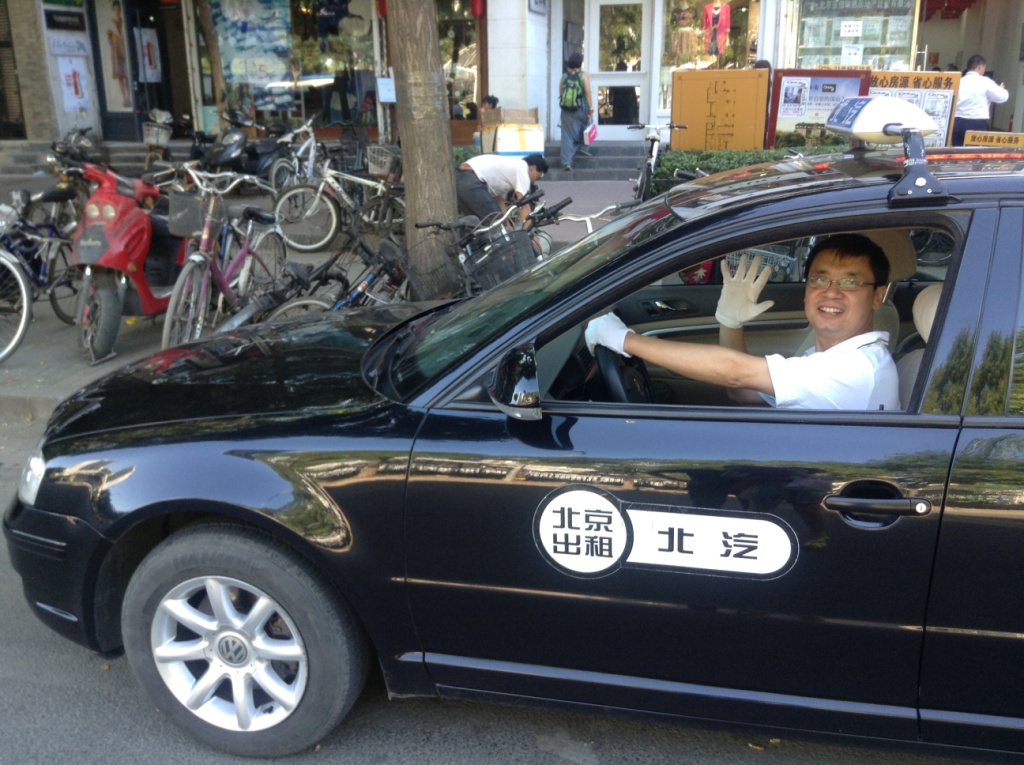