Guanqiao Fan is a 22 year old film student at Beijing Film Academy. He is currently in the process of editing his fourth short film 南方 (The South), which he wrote, directed and starred in. The film explores a love triangle in a coastal Chinese town set against the rising tide of materialism.

We sat down with him in his dorm room to learn about his interest in film and what he hopes to accomplish. The trailer for his short film can be found at the end of this article, which also includes a number of stills from the film.

Tell me about your childhood.

I was born in a small fishing village near Zhuhai, in Guangdong province. The village I am from has only one street and is surrounded by two big mountains. I had an idyllic childhood – no worries. There wasn’t much to do, so I played soccer. I was quite happy when a typhoon would pass, because I could climb into the mountains and catch tadpoles in the pools of water left behind by the storm.

What do your parents do?

They own a steel parts factory.

Do you remember the first movie you ever saw?

Yes, it was the Hong Kong film 大話西遊, starring Steven Chow (this film is commonly known as “The Monkey King” in English).

When did you decide you wanted to become a film director?

It was during my first year of high school. I’ll tell you the story.

I had my first girlfriend while I was in middle school. We spent three years together, but were forced to separate as we ended up at different high schools. The resulting depression rendered my world black and white, with no colors.

During that general time period, I was playing the online computer game World of Warcraft. One quest I undertook in this game involved a jailbreak and was titled “肖申克的救赎”. This is the Chinese title for the prison themed film The Shawshank Redemption.

Some time later, I coincidentally saw The Shawshank Redemption on TV and I realized there are many other people who were unhappier than me. I didn’t have to be depressed. I had to do something to cheer myself up.

My father is a film buff and he recommended many great movies to me. I saw the ones he recommended to me and I realized that movies were the perfect means of expression for me. 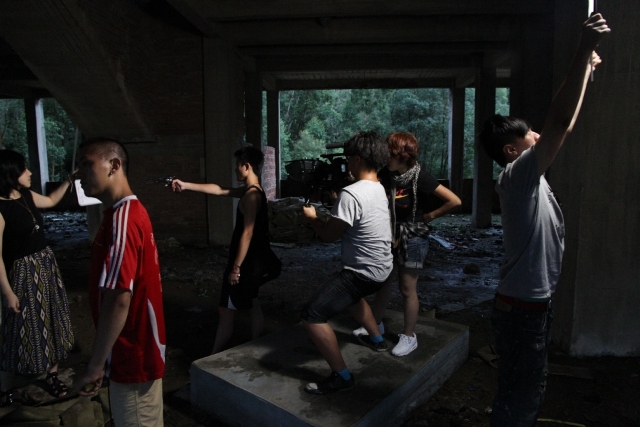 Which movies did he recommend?

When did you first take action to create your own films?

In 2007. That was the year I enrolled at Beijing Film Academy. The following year, I made my first short film, which was about gangster life. Unfortunately, the master tape was ruined due to repeat viewings. Unbeknownst to me, the film I used was of really low quality and I was cheated by the merchant who sold it to me. I made a couple other short films, both of which depicted murders. 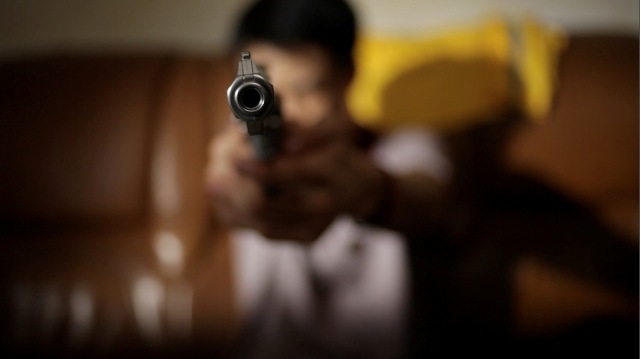 What is your latest short film about?

Generally speaking, it’s about the choice between spiritual indulgence and material indulgence. The main characters are a postman, a boy from a wealthy family and a girl who grew up with the two of them. It’s about a love triangle.

What motivated you to select this theme?

It is somewhat autobiographical. 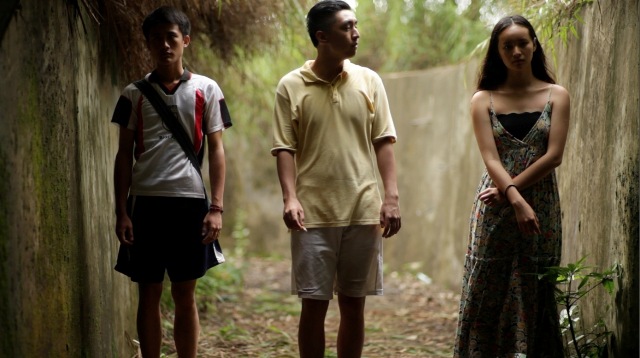 In modern society, many young women seek rich men to pursue a materialistic life. This negative phenomenon is something I want to express my opinion about. Hopefully, I can provoke some consideration of this subject from my viewers. I see myself as the postman character from the film, who stays in his hometown. 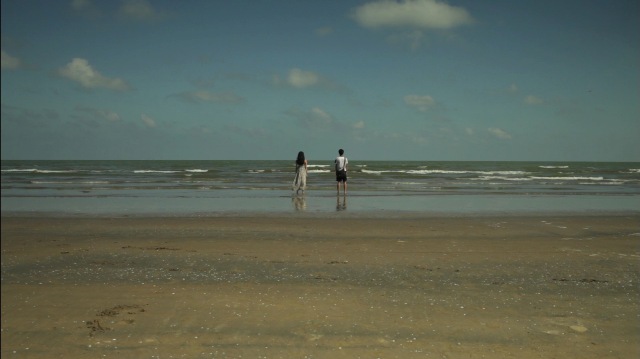 But now you’re in Beijing

Yes, but I’m doing what I want to do most.

True. Do you think there is a distinct Chinese variety of materialism?

Yes. They want to get rich as fast as possible, regardless of what needs to be done. In China, money doesn’t just mean wealth, it means potential political power. With enough money, you can escape punishment for breaking the law.

My family was quite poor during the early part of my childhood, but we later became financially successful. I saw my father’s business partners become increasingly greedy. They lost sight of their old values. I later realized this was a prevalent phenomenon during the late 1990s in Guangdong and elsewhere. That’s why my film is set in 1997, during the time when my parents were still poor.

Do you think that the Chinese concept of “face” (social standing) exacerbates the problem of materialism?

Of course. Prior to the establishment of the People’s Republic of China, the nation was ruled by emperors. People knew their place in the system of subservience. Following the establishment of the P.R.C. and the loss of the old system, people were lost. They still wanted to be ruled. In today’s China, the new emperor is money. The new dynasty is money.

Let’s talk about some movies. When I say the word “film”, what is the first thing you think of?

東京物語 (Tokyo Story). The themes are similar to my recent short film.

Which character from a film would you most like to hang out with?

The Monkey King from 大話西遊. He’s got special powers and is funny, smart and quirky. I’d ask him if he wants to go on safari with me in Africa.

Forrest Gump. I’d want to listen to his stories. We would practice some dance moves. Elvis moves.

Is there a contemporary director you really respect?

Yes, Emir Kustarica. He directed the film Живот је чудо (Life is a Miracle). I personally like his work because he uses fantasy to tell serious stories. In his movies, you can see a donkey stopping a train, beds flying into the sky or pigs that eat trains.

I also really respect 贾樟柯 (Jia Zhang Ke). He produces high quality films, with advanced techniques and state-of-the-art equipment  His work is very objective, unlike many other Chinese directors. They subjectively portray China in a negative manner. They paint a picture that is worse than reality. This feeds the appetite of foreign film festivals that thrive on negative portrayals of China.

Who would you most like to interview? What would you ask that person?

韓三平 (Han San Ping). He’s a prolific film producer and the current chairman of China Film Group, one of the largest distributors and exporters of Chinese films. He’s an influential figure who’s been in the industry for at least 20 years. He knows the most; he sets the rules.

I’d ask him what he thinks is blocking the cultivation of young Chinese filmmakers.

How can short films be seen by more people in China?

There are plenty of websites like Tudou and Youku that short films can be posted on. Movie theaters in China don’t have a choice in what they show, so there’s no way to screen short films in commercial theaters, unless you have political power.

Is there a foreign film you would like to see adapted for Chinese audiences by a Chinese director?

Forrest Gump. I’m imagining the Chinese Forrest Gump character attending high school in China, then him having to face Chinese socialism. It would be interesting.

The trailer for Guanqiao Fan’s latest short film can be seen here .