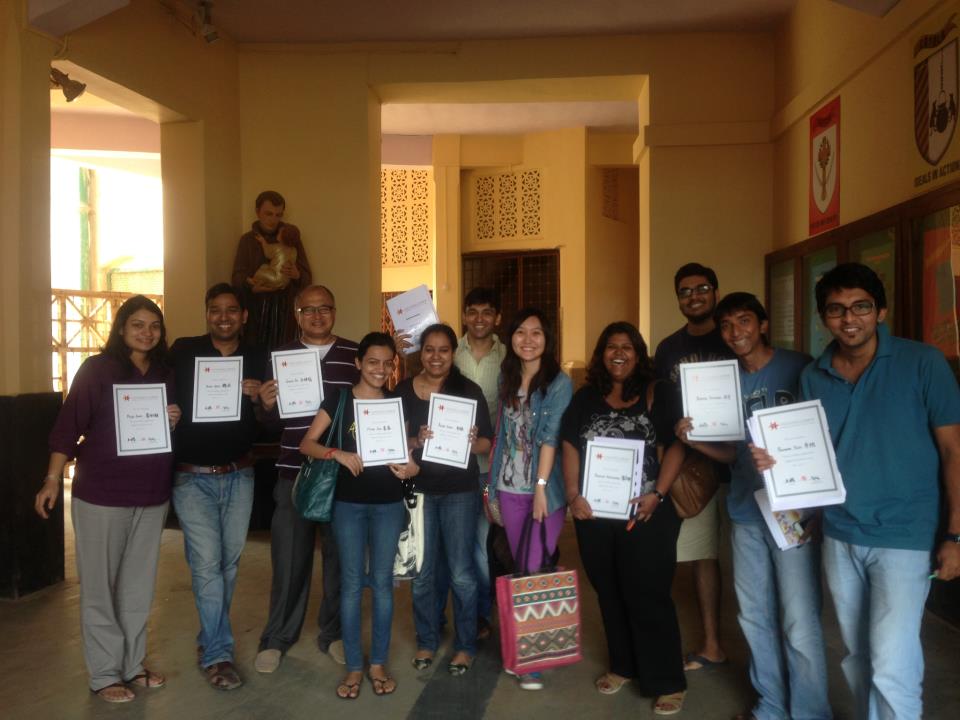 Lu Kong is a 24 year old Chinese teacher who teaches Chinese in India. While at university, she studied how to teach Chinese as a foreign language and has been working in Mumbai, India’s largest city, for the last six months. She previously taught Chinese in Bali, Indonesia. Passionate about travel and cultural exchange, she represents a new generation of educated Chinese youths who seek to explore and make their mark abroad.

How did you find your job?

What made you move to India?

While in university in 2010, I spent a month in northern India, visiting historical sites and trying new things. I found the country to be really interesting. India is a country that is charming to travelers and it’s near to China.  Also, it was not a problem for me to get an Indian visa, as a Chinese citizen. I saw all these different people and lifestyles in India, which were completely different than those in China.

Who do you teach in India?

I work with various age groups. They are mostly beginners. Some of the children are as young as five, some are teenagers and some are adults. Some of the adult students work at Indian companies and are interested in learning Chinese in order to do business with China. 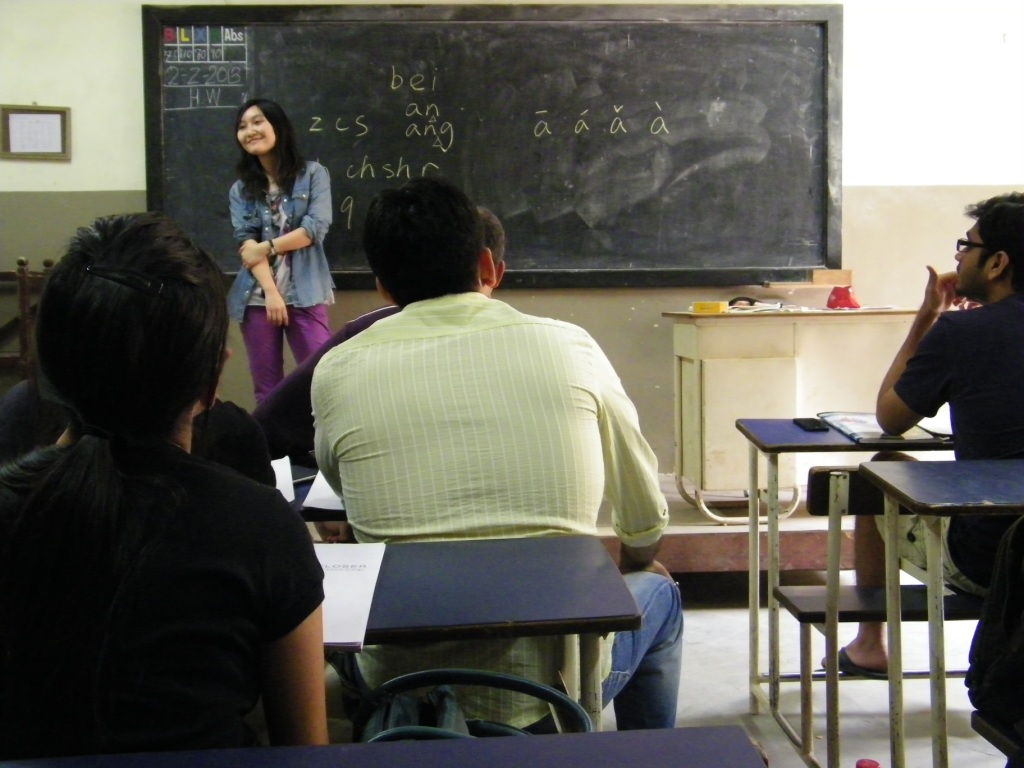 Do your students have a specific interest in China beyond economic gain?

Most of the older students want to do business with China, but they also do have interest in the country. Without that interest, they wouldn’t have the motivation to learn such a difficult language. For the kids, they attend because their parents believe it is a language of the future.

Which kinds of activities do you do in your class?

The adults have a set curriculum provided by the school I work for. I make my own materials for the younger students, including vocabulary, sentences, conversations, and a few Chinese characters. 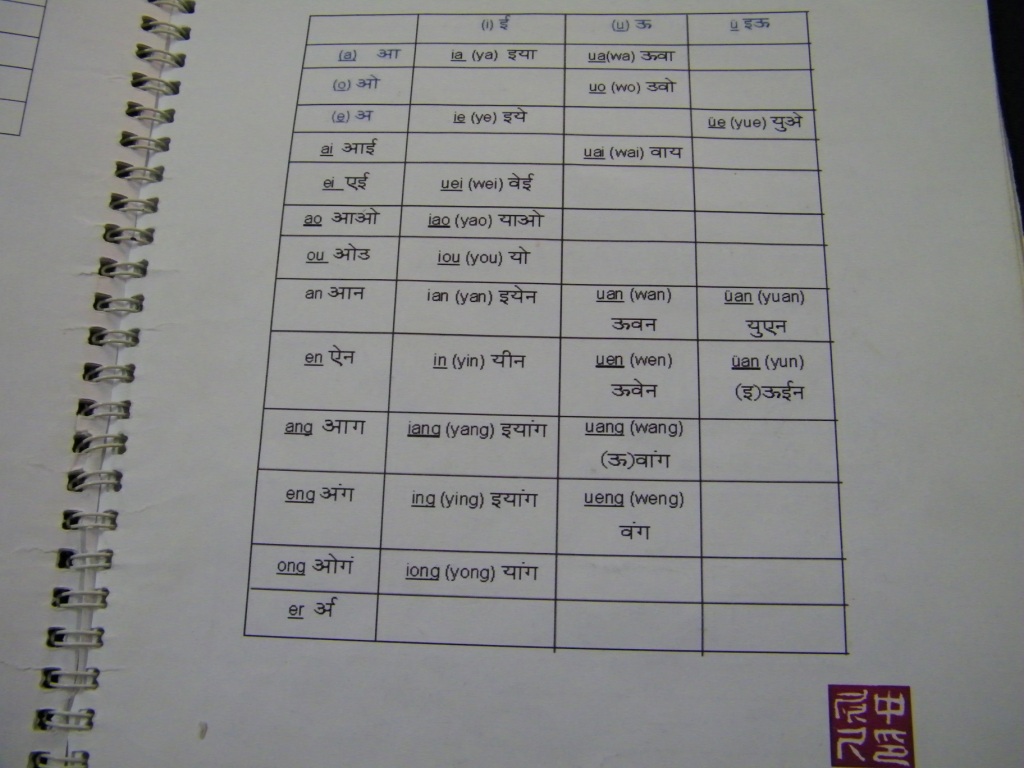 How would you describe the behavior of Indian students compared with Chinese students?

The adults are well behaved and know what they want, so I don’t need to motivate them much. The teenagers I have worked with were kind and sweet. The youngest students need to be pushed a bit, but they are still good. They aren’t as naughty as children of that age in China. The youngest students speak very well, but they haven’t learned to write yet. They can only listen and repeat what I am telling them. Their parents are supportive, attending class and taking notes.

How do you communicate with your students?

Generally, I try to use as much Chinese as possible, but I use English for explanations because they are all beginners at Chinese.

Can you describe the socioeconomic background(s) of your students?

They’re urban middle class or above and most of the adults have their own business.

Do you teach Chinese culture? Do you ever show Chinese films?

Which aspects of Chinese culture are popular in India?

You seldom find any authentic Chinese food at restaurants in India. “Hakka fried noodles” 客家 炒面 is a common dish, which tastes okay. Here, chicken is more common than pork, so two popular dishes are “Schezuan Chicken” 四川雞丁 and “Manchurian Chicken” 东北糖醋雞丁. You can’t find these dishes in China, but to Indians, the names of the dishes sound authentic. I don’t eat them. I tell my students “Don’t order this in China, only order it in India, okay?” 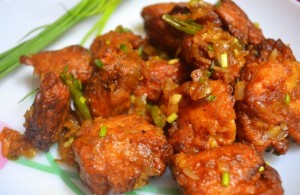 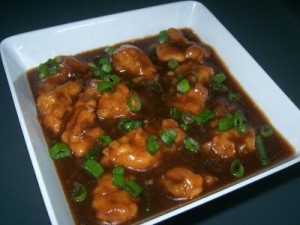 I don’t know. I haven’t tried it. I’d rather eat traditional Indian food than that. If I want to eat Chinese food, I want to eat the real thing.

If I go out, I eat Indian food. If I cook at home, I eat Chinese food.

Have you adapted well to the Indian diet?

Very well. I eat everything.

Which Indian dishes are you most enthusiastic about? 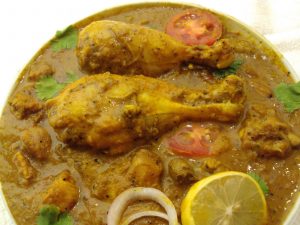 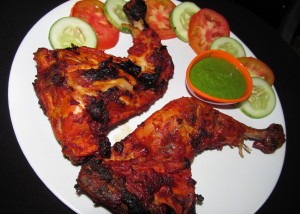 Are there any Chinese chefs at the Chinese restaurants in India?

There are some, but only at high end restaurants or hotels. Those hotels have Chinese chefs from Mainland China, Singapore or Malaysia. They usually prepare Cantonese food, though they still have to adjust the food to the local Indian taste, which means it is heavy and uses a lot of gravy (curry sauce). There are a couple of five star hotels in Mumbai that have chefs from Beijing, so they can cook many different Chinese foods.

How do Indians feel about China? How do they perceive their neighbor?

For Indians I meet, I divide them into two groups. The first group is the Indians who have been to China and believe that China is much more developed than India. Some of my teenage students have spent years living in Mainland China or Hong Kong, while their parents were working there. They saw the greater economic development and tell me how much they miss it there.

Most Indians have never been to China and just follow the local Indian media. They believe China is poorer than India and that Chinese people are not free, compared to Indians. I was recently interviewed by the Times of India, which ran an article about Indians learning Chinese. The article received a lot of comments like “Why should Indians learn Chinese? Do you want India to be invaded by China again?”

What do you miss about China?

I miss the social relationships there. In India, the relationships between different types of people are more complicated. In Chinese society, there are fewer rules for social interaction. I’ve discussed this with some foreign friends here as well as some Indians, though they don’t voice their thoughts. Have you heard of Bal Thackeray?

Wasn’t he a local politician?

Yes. When he passed away, the entire city of Mumbai shut down. There was nobody in the street because nobody dared to go out. If you went out, who knows what would happen to you. His supporters demanded that people pay their respects by staying indoors. Shops closed and public transportation shut down.  Even on TV, no entertainment was shown that day, only news. Three days. Even during the terrorist attacks in 2008, this didn’t happen. Somebody complained about the shutdown on Facebook and was arrested the next day. I was shocked. This kind of thing would never happen in China. People assume that Chinese people have a fear of authority, but it is really not that strong.

Is there anything else you miss about China?

I miss the greater reliability and punctuality in China. Here, some people don’t mean what they say, according to my experience.

Have you ever been treated poorly in India because of your nationality?

No. I live in Mumbai and this city is full of people from all over India. People in northeast India look Chinese, so maybe they think I am from that area. Even after discovering my nationality, nobody has been unfriendly to me. I have had some uncomfortable experiences here as a woman, though.

Can you describe that further?

It’s not a big issue, because most of the people here I interact with are educated. If I take an auto rickshaw (local taxi) late at night, the drivers may make me uncomfortable. One time a driver shortchanged me and yelled at me when I asked for my change. A few times while I was traveling alone late at night, drivers tried to approach and touch me. I stopped traveling alone at night after that. That’s only a few drivers, though. Some drivers are really cool.

Do you feel safe here?

If you follow safety rules, you’ll be okay. Now I don’t go out late at night and I lock my windows at home. There is another foreign woman in my neighborhood who was raped and robbed by someone who climbed up to her third story window. I did worry for a little while. I got a lock for my window after that.

Which questions do Indians usually ask you?

First they ask general questions about what I think about Mumbai and what I’m doing here. Then they ask whether I am the only child in my family. They have strong interest in family and want to know what my parents do, whether I am married, etc.

Are your answers ever met with disappointment or criticism by locals?

No, they are just curious. They may be forming judgments about me, but they don’t say anything. One very interesting thing I have noticed is that Indians will often ask about the surnames of other people who are being discussed. I asked my local Indian friends why people ask about surnames and they said you can know a person’s family background, religion, and social status based on their surname.

Who do you socialize with here?

I live with a couple Indian roommates. I have Chinese friends, Indian friends, and other foreign friends here.

What do you admire most about India?

As a foreigner living here, I feel that I am treated well. I came here because I’m interested in the culture. I love the country and I find it charming. There are so many things to try. It has so much diversity. I just started learning Hindi as well. I do yoga.

Are there any lessons or positive habits that India could learn from China?

I heard about a major road that was under construction for three or four years. In China, a project like that would have been finished much earlier. Efficiency. Also, cleanliness. Some places in India are quite messy. There isn’t so much trash on the streets in China.

Can China learn anything from India?

Yes. Generally, I think the service in India is quite good. There is a tradition of good service. One reason could be that tips are accepted in India, but not in China. Another reason could be the British influence in India. In northern China, I’m afraid of the waiters. They’re rude and they ignore customers. Another thing is food quality. In China, I can’t tell if something is safe to eat just by looking at it. In India, I can look at food and judge whether it will be safe.

Where do you want to teach in the future?

Everywhere. Teaching Chinese is one of my goals, but the other goal to experience local culture in each place I visit. That’s why I want to live in different countries, because once I live there, I feel that I have grown personally. By teaching, I feel that I have done something good for people.

In China, people think of foreign countries as being 1st tier (US, Europe), 2nd tier (Eastern Europe) and 3rd tier (African countries, Southeast Asia, India). I don’t have this standard. Each country is different, with its own strengths and places to explore. I’m open to any new country or culture.

How did you develop this passion for traveling and experiencing other cultures? It is not common in China.

My family has always been supportive, though. I’ve been traveling throughout China with my parents since I was a child. We would always travel during national holidays. As I got older, I began traveling to places in China with friends. In my third year at university, I had the opportunity to teach Chinese culture in Turkey for two months. I stayed with a Turkish family and traveled around the country. I was so happy. After that, I began planning how I could travel again. My parents told me “We support you.”

Do you expect to settle down in one place?

Yes, when I reach a certain age, I’ll find a stable job and stable place to live. I do have a responsibility to my parents as I am the only child. Now, I just don’t feel like I am ready for that. 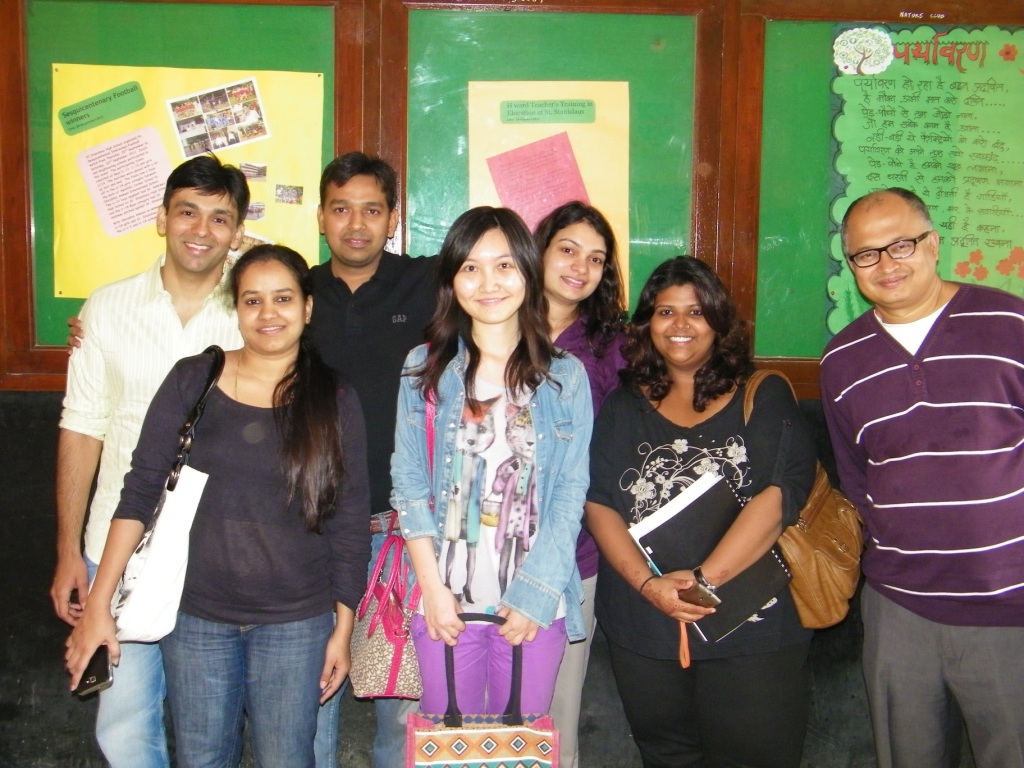 2 thoughts on “A World to Teach”